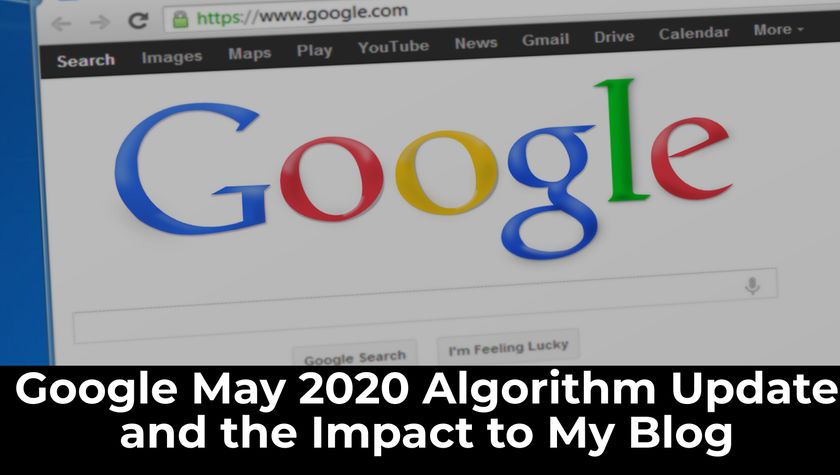 Every year Google released a core algorithm update that affects the organic Google traffic on websites and blogs. Google does it every year and even several times in a year. This is very common for those who are in the blogging field for years and living on blogging.

Just like the other updates, in May 2020 we can see a major core update has been released by Google. Google already confirmed about this algorithm update on Twitter:

Later today, we are releasing a broad core algorithm update, as we do several times per year. It is called the May 2020 Core Update. Our guidance about such updates remains as we’ve covered before. Please see this blog post for more about that:https://t.co/e5ZQUAlt0G

Although, Google also says that May 2020 update will take one or two weeks to fully roll out.

The May 2020 Core Update is now rolling out live. As is typical with these updates, it will typically take about one to two weeks to fully roll out.

As I am writing this post just on the day of this update, so there are still waiting for something for many others two see the changes. But after this update today, I can see the immediate impact on one of my programming blog and I am going to share with you what changes in Google traffic can see for this core update of Google.

How the May 2020 Core Update of Google effects my programming and tutorial blog?

I know you are waiting to know how my blog effected by this update. So here I am going to share the experience I got from this update.

Well, I want to confirm that this is not about this blog where you are reading this article. I am talking about one of my programming blog which is the main source of my earning.

Well, for this update I can see huge changes to Google traffic. But this update is not a happy moment for me. I really feel bad to say that my traffic decreases significantly with this core update.

As it is the very first day of this update, but still I can say almost 50% drop in Google traffic. I was able to increase my traffic from several updates in the past, but this time I am not so lucky. I know, this is not good for me.

After I open my eyes in the morning, I can see the real-time organic traffic is too low than the traffic I normally. After one hour I had a doubt about Google’s update. So I open my PC and then I got to know about this core update.

I also know that there are many of the other bloggers like me who also can see a huge drop in their traffic. But off course, there will be many other bloggers who are very lucky because they can see the huge increase in traffic with this update and able to get the benefit of this update.

As you can see that I am not the lucky one for this update as it negatively affects my blog. I think it will take a few months to gain that amount of traffic again that I have lost for this Google update.

« 9 Great Online Business Ideas Without or With Minimal Investment

Any cookies that may not be particularly necessary for the website to function and is used specifically to collect user personal data via analytics, ads, other embedded contents are termed as non-necessary cookies. It is mandatory to procure user consent prior to running these cookies on your website.