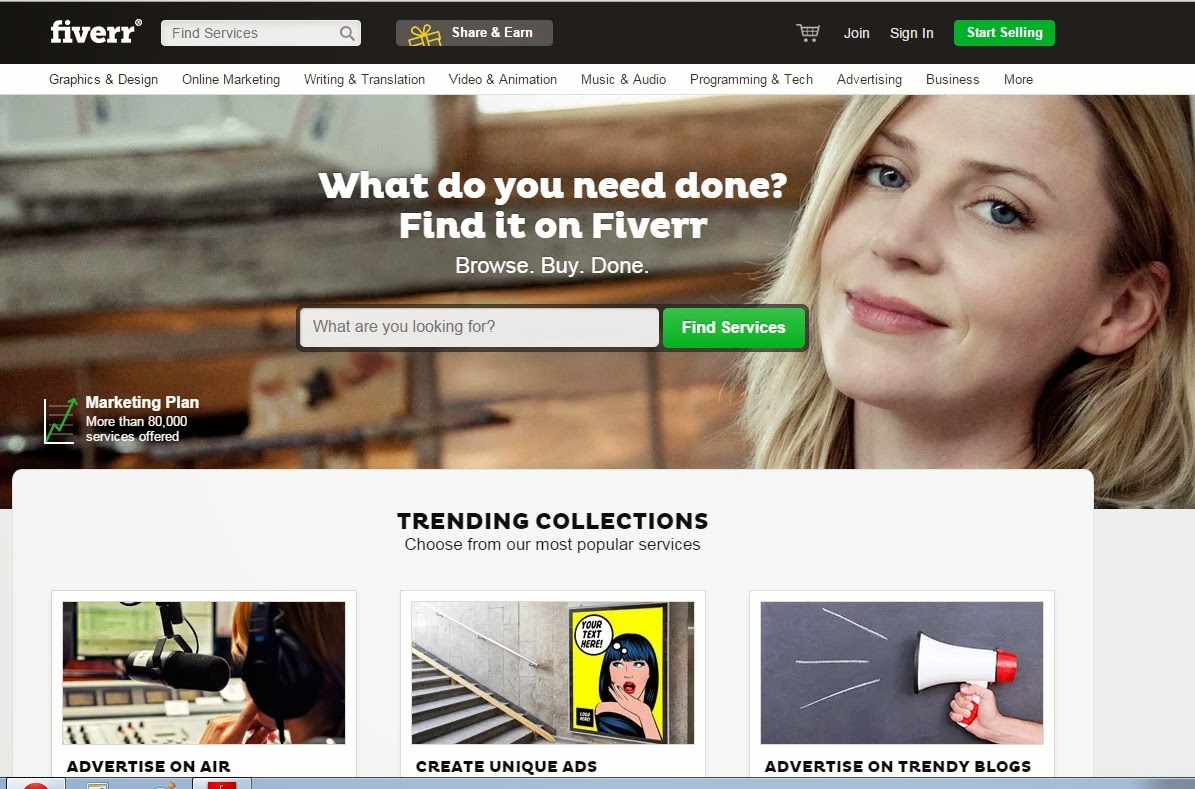 This is the first time I am saying about my Fiverr earning on EyeSwift. I am a seller on Fiverr and I am selling my services on Fiverr before I started EyeSwift and also even I am still selling now on Fiverr. In this post, I am going to tell you how I have already earned $1500 from fiverr.com.

Fiverr is an online marketplace where buyers and sellers meet and sellers sell various services to buyers. There are a huge amount of services in almost all categories like graphics & design, article writing, website developing and designing, advertising, digital marketing and more. You can also join Fiverr and maybe you have some skill that buyers want to buy.

Me as a seller on Fiverr:

It was the time when I did not start EyeSwift, even I didn’t start any website. I used to practice as a web designer and also I learned WordPress developing online and found it so interesting. First I joined freelancer.com or freelancer.in as Indian domain. But there was a very hard competition of freelancers and I was not able to be accepted on Freelancer.

Whatever, I added some services or gig. Yes, on Fiverr, services are called as “Gig”. I saw that maximum of 20 gigs a seller could add at that time. After joining Fiverr I got an order within one month. My gig was to create the classified like advertising using a plugin on a WordPress site. Each gig price was $5 at that time. So I did it only for $5 and after completing it I got the five-star positive ratings which were really so helpful for my starting. That was my first earning as a seller on Fiverr. I did not have to go with stress to go through Fiverr like I did on freelancer. I was bidding on so many jobs but I never hired. But on Fiverr, my buyer contacted me on my first sell. Even 90% of my order the buyer always found me first. I don’t have to find buyers, buyers come to me.

Day by day Fiverr getting so popular and also it improve its features and functionally and now it allows more than $5 for a gig or services. It now allows $995 for a gig and more including extras. Also, it now allows creating custom offer of up to $10000 which is really so helpful for a Fiverr seller.

And on the other site, my skills also developed and now I am a professional WordPress theme developer and also a theme developer for the WordPress plugin Woocommerce. Now I have several gigs with lots of sell and positive ratings. Now I am building eCommerce website, artist website, developing WordPress theme, HTML – CSS – Javascript templates and landing page and more. Even still I continue to increase my earning on Fiverr and my skills also getting improved which help me to earn more on Fiverr.

How you can earn on Fiverr:

Fiverr is now so popular marketplace and also so crowdy with sellers. There are lots of seller with good skills and ratings. So you have to find really so unique and nice gig. Just see some gigs on Fiverr and notice the ratings. Then think what you can do which very few peoples can do and buyers also would like to buy your gig. After giving time on thinking that if you found anything good that you can do, just go ahead and post it as a gig on Fiverr. Best of luck…