Benefits of SSD VPS hosting: what is good and what is not? 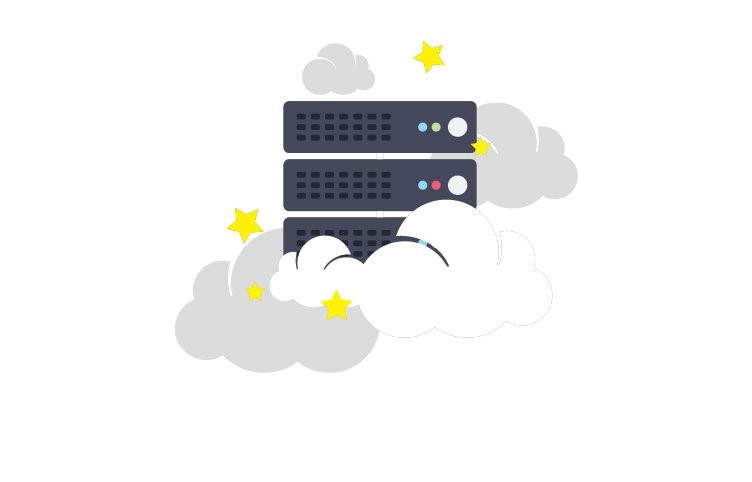 VPS is a popular service thanks to the balance between the acceptable price and its wide functionality. Renting a virtual server allows you to get the advantages of a dedicated server but at a lower fee. Nowadays, a new type of VPS hosting called SSD VPS hosting is gaining popularity. What are the features of the service, and why do hosters promise their users a super-fast website speed?

Actually, the main difference of this hosting is that instead of the traditional hard drives of the server they are used for ultra-fast SSD disks. SSD is a new generation, which has a much higher speed and a resistance to any mechanical damage, and less power consumption. When using high-performance disks on servers – the speed of the work of the sites becomes higher, and by saving on energy consumption the price remains available.

The Difference HHD And SSD

The problem of slow disks appeared long ago, if we compare the progress of computer components in 10 years, then it turns out that components such as the processor, memory, video cards have increased performance tens of hundreds and even thousands of times, but hard disks have increased only the volume. Of course, the performance also increased, for examфыple, in 2000 the speed of linear reading of the average disk was 30-40 MB/sec, and today it is already 120-150 MB/sec. With some other technical tricks, this all can be called progress, if not for one nuance: as a rule, when loading and running programs, it is required to read-write several hundreds of files physically located in different places on the disk plate, and for this, you need to mechanically move the read-write heads. But this part of the work has not changed at all and the movement of heads takes as much time as 10 years ago. It’s sad that most of the work falls on reading small files or blocks of data. This leads to the fact that the real speed of exchange with the disk under certain circumstances can be reduced to 5Mb / sec instead of the promised 150. Is not it a strange and unexpected situation? In the end, we get all the familiar situation: the disk crunches heads, but nothing really happens.

To prove the preference of SSD VPS hosting, let’s just compare the performance of traditional VPS HDD and VPS SSD using numbers and indexes. SSD reads and transmits information in 10-15 seconds. Download time of the system, which stands on the hard drive – up to 40 seconds. Solid-state devices do not have moving parts they work noiselessly as opposed to hard drive. SSD is lighter than HDD because it consists of microcircuits. At the highest load, the drive consumes up to 2W, the hard drive “eats” up to 7W. Thus, the SSD reduces power consumption by 70-80%. SDD has a limited number of recording cycles, and HDD sometimes refuse to work. The SSD drive does not need defragmentation as opposed to hard drive disk that loses its performance without an update.

Advantages of VPS servers on SSD

On personal experience, any user can make sure that using SSD as the main data medium on a PC makes the computer much faster. For clarity, you can compare two identical laptops. One will have a 250 GB SSD while the second will run on a 500 GB HDD. Of course, the volume of solid-state storage media is half that of a traditional hard drive, but at the same time, the same loading of the operating system on a laptop with an SSD will take less than one minute while a laptop with HDD will require about 5 minutes to start Windows.

One of the important technical advantages of SSD is that they are really durable. Hard drives can just lose all the data. When SSDs stop working, they simply will not accept any letters. As SSD is decreasing the probability of losing information, you can focus on improving other details of your site. You can back up your sites regularly when you have an SSD, but your data security usually improves. Despite a wider range of operating temperatures, the data will remain safe over. In addition, it is not so sensitive to shocks.

Who is suitable the SSD-hosting for?

SSD hosting is good for anyone who wants better efficiency and can pay for extra costs. It is more profitable, although for following:

SSD is the best VPS hosting today for nearly all types of websites. When using SSD, the boot of modern operating systems (Windows 7/8) takes place differently. Absolutely most of the programs will load while the “Welcome” screen is shown. It will take it in times less time because parallel work with high load is the feature of SSD. Then there will be a desktop with already loaded programs, some still can continue to boot, but if you want to start the browser, it will open in the worst case for a couple of seconds, as if the computer is not busy at all.

Which hosting provider should you choose for Magento store?

In general, computer acceleration is very tangible, there is also a human aspect in this — the irritation from the waiting process is growing much faster than waiting time. For example, waiting for transport or a person you can wait 10 minutes without problems, 20 — already nervous, and in half an hour already the most patient will be in a rage! That is why the acceleration of the loading speed of ordinary practical tasks approximately 5-10 times gives a sense of “as quick as thought”. Where it would have to wait 2-3 seconds before, now it is not necessary to wait at all. Periods of long waiting are decreasing at times and do not have time to cause irritation.

Mariia Hepalova is a content writer at WebHostingGeeks.com. She has written for various online publications and blogs. With an equal passion for both technology and educating people, she strives to produce content that is informative yet easy to understand.

« How To Add Schema Markup Rich Snippets On Your WordPress site?
What is Cron Job service and why websites are using it? »